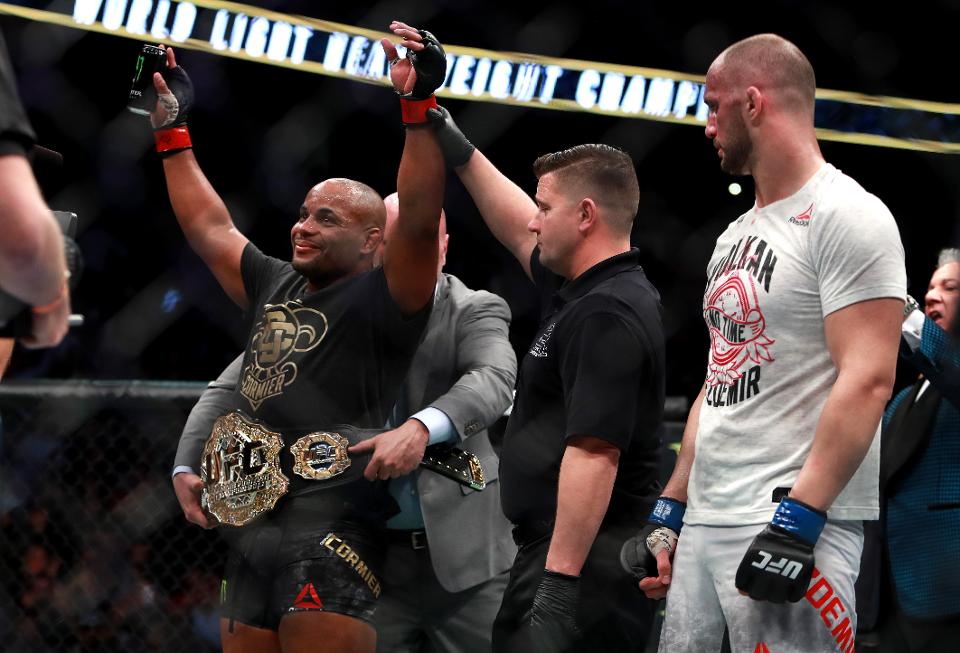 To say that Daniel Cormier had a turbulent road to UFC 220 would be an understatement.

A devastating knockout loss to his most fierce rival, Jon Jones.  The loss of his light-heavyweight championship.  A lifetime of hard work, all gone after one head kick.  Things couldn’t possibly get any worse, right?

That is until Jon Jones tested positive for Turinabol, forfeiting the title back to Cormier.

Once again, “DC” was the champion.  He could just pretend that the fight never happened.  But the competitor inside him would never allow it.  He made it very clear that in his mind, he lost his last fight.  In the buildup to his title defence against Volkan Oezdemir at UFC 220, he described the need to rid himself of the “stench” of the Jones saga.  He felt as though he could not truly be considered the rightful champion without “smashing” another opponent.

When it came to Oezdemir, the normally respectful Cormier seemed uncharacteristically fired up leading into the scrap. He explained that there were levels to the sport, and he was simply a level ahead.  He promised domination.

Boy, did he deliver.

A second round TKO victory showcased the skill of Cormier, who improved to 20-1 (1 NC).  His pressure was simply too much for Oezdemir (15-2), who seemingly had no answers once the fight went to the ground.

Officially, Cormier defended his title for the third time, but for the Louisiana native, it was much more than that.

“I go through a lot of stuff, so many things,” Cormier said. “It feels good to go out there and get a victory. I lost twice to Jon Jones, I said I felt like I wasn’t a champ because he beat me last time, and I feel now that I won I’m the UFC champion again.”

While Cormier himself needed a win in his own eyes to legitimize his championship reign, his character and perseverance through all the ups and downs of MMA have made him a champion in the eyes of the fight community.